Expert Review: The Jawbone UP Smack-down

Then the Jawbone UP was born.

Actually, the Jawbone UP came out in November 2011, while the Fitbit Flex was released in May 2013. Why do I mention this? Because, as you’ll see, those two little dates make all the difference in a comparison between these activity-tracking wristbands.

This is the Jawbone UP:

Sporting a soft grey color, the wristband itself is the actual device, including its charging jack and button. The UP comes with a trendy-looking pattern imprinted on the band, which is a definite plus versus the Fitbit Flex. However, once you choose a color for your UP (and they have a number of different ones), you’re pretty much stuck with it and can’t change it like you can with Fitbit trackers.

Nevertheless, the feel of the band is soft and smooth. Blocky and thick, it might prove a problem for people with small wrists or those unaccustomed to wearing accessories. I personally found it fine for daytime use, but it constantly pressed up against my wrist when I was asleep. I woke up with large zigzag patterns imprinted in my skin, which may or may not bother you. Rafa also preferred the thinner Fitbit Flex band for comfort, though he did like the “cooler” look of the UP. 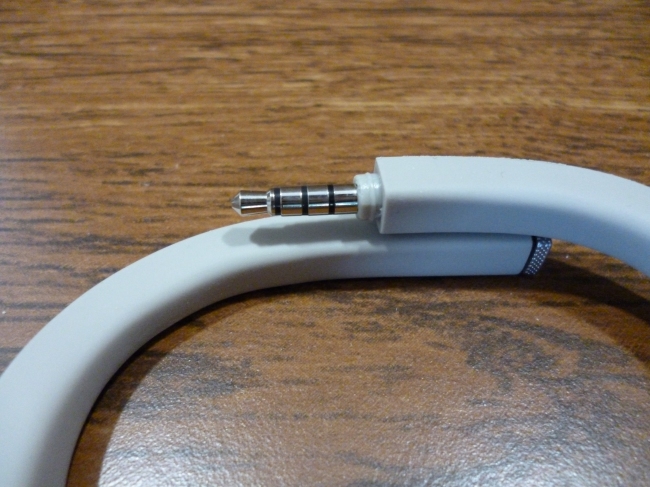 Again, we got a Jawbone UP–the cheaper of the Jawbone fitness trackers. As such, it doesn’t have a bluetooth sync available. The UP24 does have bluetooth support, but the older version does not. Is that a deal breaker? Well, originally it wasn’t. Then we realized that constantly pulling it off and plugging it in was a reeeeeeaaal pain in the butt.

So syncing was a huge inconvenience over time.

However, the best part of the UP was the “nap” mode. Rafa is a big proponent of naptimes, and the short 30 min wake up “buzz” option was a favorite.

On the other hand, the thing didn’t always work. As you undoubtedly have heard, Jawbone has had some pretty bad issues with quality control and lack of communication with their overseas manufacturers. They’re very prompt in replacing your UP if it breaks down within the warranty period, but unless you like buying-using-returning-waiting, using-returning-waiting, ad nauseam, a Jawbone tracker’s probably not worth the investment in terms of time and money.

If you’re looking for an activity-monitoring wristband, the Jawbone UP wouldn’t be a bad choice.

The app is spectacular, and totally, utterly wins against the Fitbit app. It provides way better information, and it presents your data in a more easily understood manner, with additional layers of info for those who need/want it. But, at the risk of over-repetition, the UP breaks down way too much. Who wants to spend $129 on a piece of “old” technology that doesn’t even work all the time? If it weren’t for the technical issues, I would declare the UP a clear winner on nearly all fronts. It just tracks more. Period. But it doesn’t sync via bluetooth (for us lazy people) and it sports a slightly uncomfortable design (which might not bother those accustomed wearing large wrist accessories).

Do you really, really want it? I’d recommend against buying it, unless you want to try your luck and hope to get one of the few working ones. Because, if it works, you’ll have a nice activity monitor on your hands. Better, though, to wait until the new ones come out this year.

← Sending an engaging Job Application Email What Makes You Unique…in 150 Characters or less? →